Alexander is hot! He is the Crown Prince of England in an alternate world where everything is the same as our world, except for the Royal family in England. He is a sexy bad-boy with a strong need for control. He pretends not to be a good guy, but he is actually a very smart, thoughtful man.
He meets a lovely college graduate by chance, they kiss, and it gets on the tabloids. He sees her to apologize and the attraction overwhelms them both. They both try to pull back, do the right thing, but they are too attracted.
It is hot and sexy, I love the heroine. The situations are surprising and well-written. I loved the dialog.

The story of Prince Alexander and Clara Bishop covers 3 books, all of them pretty long. These are not novellas. 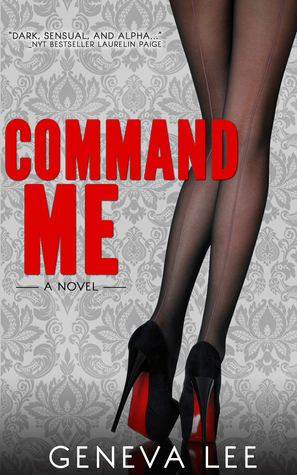 When he kissed me, I was shocked. He was a stranger and still so familiar. It wasn’t until I woke up to my picture splashed on the cover of tabloids that I realized I knew who he was.
Prince Alexander of Cambridge.
Royal bad boy.
Exiled heir to the throne.
He isn’t Prince Charming. He’s controlling. He’s demanding. He’s dangerous. And I can’t say no to him.
We both have secrets—secrets that could tear us apart or drive us closer together—and as the paparazzi exposes each one, I have to decide just how far I’m willing to go for King and Country.
For readers 18 and up due to mature, erotic scenarios.
Formerly titled For King and Country